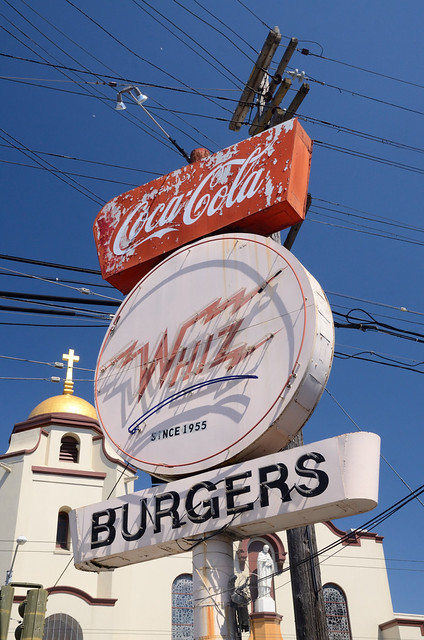 If it were located on old U.S. Route 99 in the Central Valley, or even on a busy thoroughfare in the suburbs, Whiz Burgers would be perfectly ordinary. But it's surprising to find it in San Francisco.

It's an old drive-in burger joint, originating from 1955. No indoor seating is available. There is a counter that goes around 3 sides of the building, at which there are a grand total of two stools--presumably there used to be many more. Four picnic tables provide the main seating for those who choose to stay there to eat, which doesn't seem like the best option, given all the trash strewn about the neighborhood. It's got its own parking, though, which is a major plus in the city. 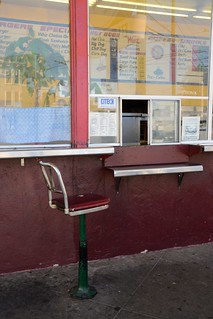 You can get your usual burger companions there: hot dogs, French fries, and shakes. And they offer a few Asian basics featured in pictures in the window--shown both on paper plates and on fine China. 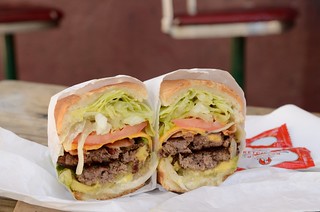 I got the Whiz Burger, and said yes when asked about cheese on it. I was not disappointed, although admittedly I didn't have highest of expectations from the place. My expectations were exceeded, however, by the fact that there were avocado slices on my burger. Nice!
Posted by Tom Spaulding at 11:07 PM